What a Long Space Trip It's Been...

My intentions are good, really.  There are things I plan to post about.  I take photos.  Then the gull-wing doors come down on the DeLorean ... the 'flux-capacitor' whines out ... and I'm transported through time to a month ahead -- again.  I know I'm dating myself with Grateful Dead phrasing and references to +25 year old movies, but I am feeling a bit "Twilight Zone-ish"! 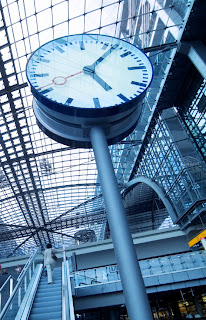 Don't get me wrong;  I've still been going nuts over gardening the last 4 weeks.  Pinterest is feeding the frenzy, filling the brain with instant images of 'garden righteousness'.  Maybe it's this goofy weather?  We got walloped with snow a mere 2 weeks ago -- and then my heart stopped beating when I looked out my window and saw ....

This is my ongoing 'cage match' with Mother Nature -- I keep insisting I must have an Azalea or Rhododendron in my gardens.  Mother Nature puts me in a headlock, and says "Nope, I don't think so Blondie!"  This is Azalea/Rhodie plant #3 in my gardening "career", with hope - this is 'the charm'?  Good ole "PJM" does have some chutzpah, though!  After a snow melt a few days later, at least the branches were standing upright again.  So there may be hope.

Ok, enough cry-baby whining.  Here's a little 'window walk-about' after the snows 2 weeks ago.  It really was pretty:

That was 2 weeks ago.  The last two days it was in the mid-60's, but it was hard to tell with the 45 mph winds?!  (Really, no joke.)  I hear rumor that Day Lilies are up - but I'll have to take a walk this weekend to see what IS up?  Next week will be a Spring teaser, with warmer temps. and less wind.  But it is time to just sit on my hands (to stop the nervous twitch) and remember that the 'planting season' starts after Mother's Day.